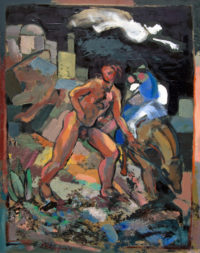 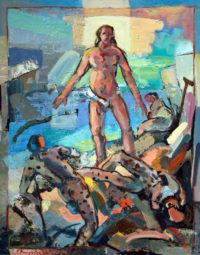 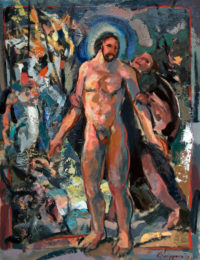 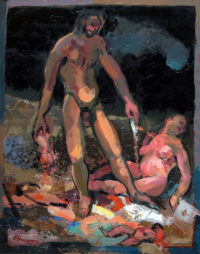 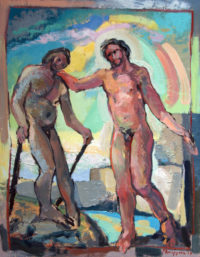 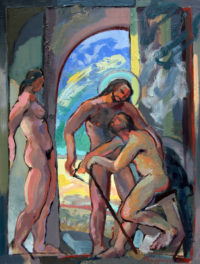 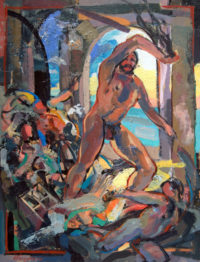 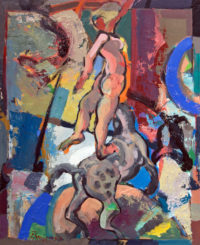 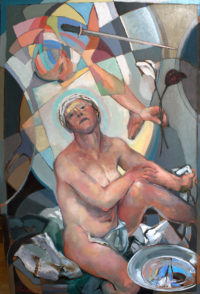 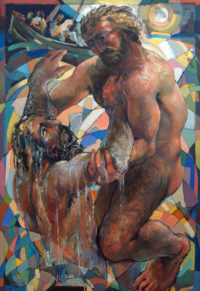 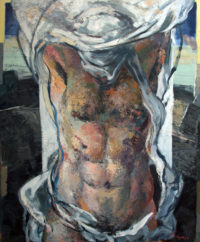 The human body is at the center of my artistic imagination because the body is an essential element in the Christian doctrines of Creation, Incarnation, and Resurrection.

Disembodiment is not an option for the Christian. Christ places His Body and His Blood at the heart of our faith in Him. Our faith comes to naught if the Incarnation was not accomplished in actual time and space – if God did not send His Son to us in a real body with real blood.

Heresy results when we try to minimize the presence or preeminence of the body and the blood. Yet even believers have become comfortable with our age as it tries to disembody reality. Physicality is messy; it is demanding and always a challenge to control. In the name of progress, our communication is increasingly becoming a disembodied voice on the line or we listen to a virtual image on a screen. We move human interaction, even consciousness, from the real into a virtual realm. When we must deal with the physicality of the real world, it is increasingly uncomfortable.

The response to this discomfort for the physical world can be at least two fold. When it come to our bodies, we can resort to worshipping the physical creation as seen in contemporary sexual idolatry, including pornography and other sexual exploitation. When it comes to nature we can also feel a need to worship as is seen in the resurgence of pagan creation-centered religions. A second response is a resort to a kind of gnosticism, prudishly rejecting the physical creation’s importance and disdaining as evil what God Himself called “good.” Neither worship of the created order nor Gnosticism is a Christian response, especially when it comes to our bodies.

The body (both Christ’s and ours) is a mystery. Our physical being is not to be worshipped or disregarded. His is to be both worshipped and glorified. As orthodox Christians we insist on the bodily resurrection for both Christ (“…if Christ be not risen…your faith is also vain.” Corinthians 15:14) and, just as scandalously, for ourselves (“…he which raised up the Lord Jesus shall raise up us also by Jesus…” II Corinthians 4:14).

We Christians believe that God paid the ultimate price for our redemption. That would not be true if He had given us only His mind (and thus been merely a great teacher), or only His healing (a great physician), or even only His love (a compassionate friend). Without His body broken for us, His sacrifice would be incomplete and we would be lost. For without the broken body there can be no redemptive resurrection. 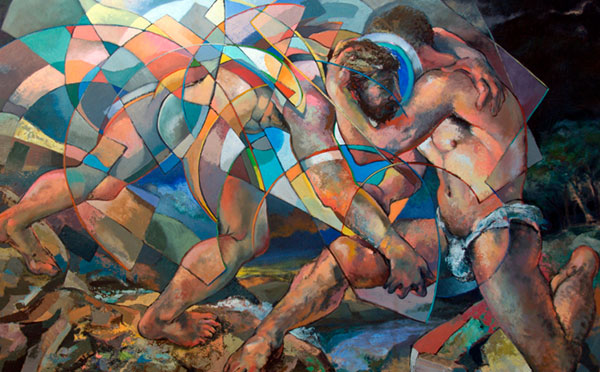